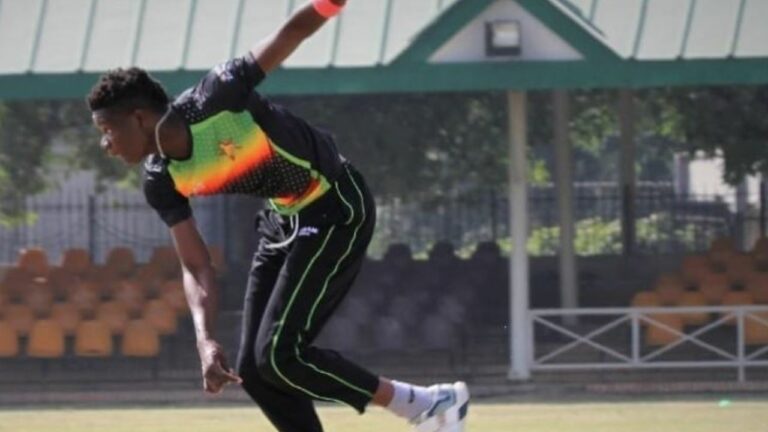 Blessing Muzarabani, the highest-ranked bowler in Zimbabwe’s ICC men’s ODI rankings list, will return to the national team after returning from the recently-concluded IPL.

The bowler has been included in the member squad for the Cricket World Cup Super League (CWCLS) ODI against Afghanistan between June 15-4.

The team will be led by Craig Ervine and include eleven players from the team that toured Sri Lanka in January for a three-match ODI competition, which the hosts won 2-1.

Two players could be in line for their ODI debuts. Uncapped wicketkeeper-batsman Clive Madande is yet to make his international debut, having made his T20I debut against Namibia last month.

Notable absences are Richard Ngarava and Wellington Masakadza, who are recovering from lower back and right shoulder injuries respectively, while Tinotenda Mutombodzi is less likely to feature in the squad this time around. According to the ICC, Sean Williams is still on leave, which has been given to him by Zimbabwe Cricket.

Zimbabwe are currently ranked 12th in the CWCSL standings above the Netherlands with 35 points from 12 matches. Three matches will be played at Harare Sports Club on June 4, 6 and 9.