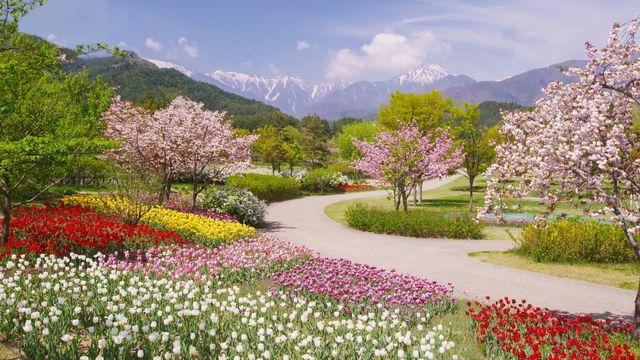 The first Himalayan Spice Garden of the newly built country has come into existence at Sauni in Ranikhet, Uttarakhand.

The Himalayan Spice Garden, the first of its kind in the entire Indian Himalayan region and the country, was inaugurated by renowned historian and Padma Shri awardee Shekhar Pathak.

It showcases major Himalayan spices from Kashmir’s saffron to the famous Tejpat (which was the first species from Uttarakhand to be given the Geographical Indication tag), Timur, wild Asafoetida and Bhaironghati region of Uttarkashi district.

Such is the Himalayan Spice Garden: This Spice Garden has been set up over an area of ​​about 4 acres in Ranikhet, with funding from the Japanese International Cooperation Agency (JICA) over a period of two years. It has been developed by the Research Wing of Uttarakhand Forest Department. It currently has over 30 different spices. Of these, there are 8 spices of the Allium family (onion) of the Himalayan region.

Purpose of Himalayan Spice Garden: Chief Conservator of Forests Sanjeev Chaturvedi informed that the main objective of establishing this Spice Garden is to popularize various spices of Indian Himalayan region. To create awareness about them. These spices are highly nutritious, delicious and a part of Himalayan cuisine since ancient times.

However, due to different regions, they could not be popularized as much in other parts of the country. It will also enhance livelihood opportunities by linking them with Self Help Groups (SHGs) of women.

These include black cumin (which grows in a very high altitude region and is a more nutritious/spicy mango), Jakhya (one of the most popular spices of the Garhwal region, used for tempering pulses and vegetables), Gandrayani (a pungent vegetable and spice used as a flavoring agent in lentils) is being grown here.

Along with this Badri Tulsi (Origanum vulgare), Lakhori Mirchi of Almora (a very distinctive yellow color and unique to Almora, this chilli is extremely hot and has anti-diabetic, antibacterial properties and is rich in vitamins) and Jambu (spice and The leaves are also used as a vegetable and soup). There is also an interpretation center in the garden, where there is information about these.