Due to the Flurry of Recession, There Was Uproar in the Stock Market, Sensex Fell 1,045 Points 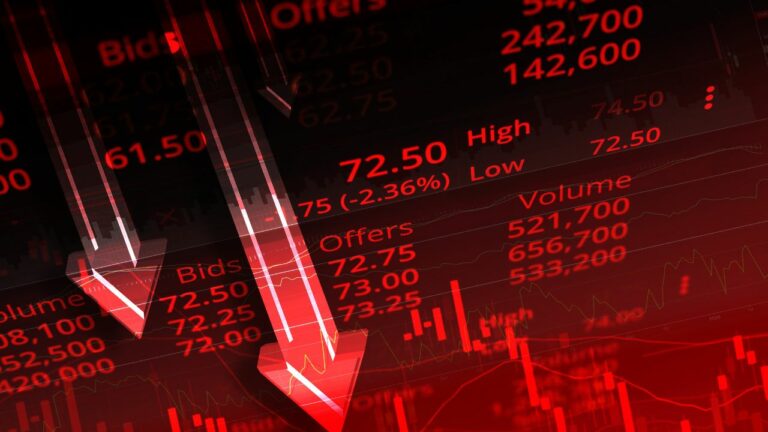 Most of the world’s major stock markets remained in the fall due to the fear of recession and the domestic stock market also followed the same path, on Thursday under the pressure of all-round sell-off. Metal group companies suffered the most.

According to market analysts, with the signs of a slowdown, there has been a possibility of decline in industrial demand for the metal, which can be seen on the companies in the metal sector.

In the BSE, the index of the metal group has seen the highest decline of 5.48 percent. The biggest fall in NSE was also seen in metal group companies. Hindalco was the top loser at 6.74 per cent and Tata Steel was the biggest loser at 6.35 per cent.

In the initial phase, it reached 53,142.50 and after that the selling pressure remained for the whole day. After diving to the day’s low of 51,425.48 points during trading, the Sensex recovered slightly before the end of trading. In the end, it closed down by 1,045.60 points compared to the previous day.

According to market analysts, investors are seeing the announcement of the US Federal Reserve to hike interest rates by 75 basis points, the highest since 1994, as a way to recover from the impending recession.

Analysts say that the Fed Reserve has not only hiked interest rates so drastically, but it has also reduced the growth rate forecast and warned of inflation.

Shares of only one company Nestle India in the Sensex could make a place in the green mark and the remaining companies suffered heavy losses. Tata Steel declined by 6.04 per cent, Tech Mahindra by 4.37 per cent, Bharti Airtel by 4.11 and Wipro by 4.04 per cent.

In the BSE, there was tremendous selling in the medium and small companies along with the giants.