Jemima Will Do Well Whenever She Gets A Chance Harmanpreet 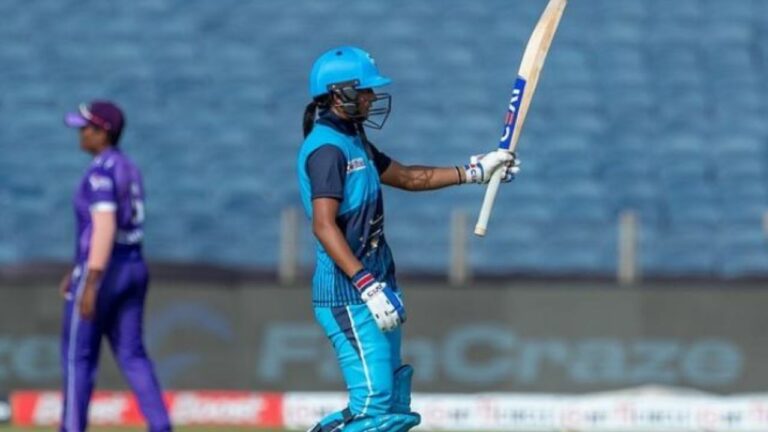 Ahead of the T20I series against Sri Lanka in Dambulla on Thursday, Indian captain Harmanpreet Kaur is confident that Jemima Rodrigues will give her best whenever she gets a chance. After missing out on the 50-over World Cup in New Zealand this year, Jemima played match-winning knocks of 24 off 21 balls and 66 off 44 balls for the Supernovas in their victorious Women’s T20 Challenge campaign in Pune.

Harmanpreet said, “I know she was not a part of the (50 overs) World Cup. But Jemima has a lot of experience in the T20 format and she has done well for the team in T20. I think she has to do whatever she wants. If given a chance, she will be ready to grab.”

India will play in several of the shortest formats, with the Women’s T20 event at the Commonwealth Games in Birmingham in July-August and the Women’s T20 World Cup to be held in South Africa early next year.

It will all start with the three-match T20I series against Sri Lanka. Harmanpreet is keen to address and improve India’s issue.”

He added, “There have been times in the past when we have been losing wickets consistently, after which we used to lose momentum. This has been a big concern for us, especially in the area where we lost early wickets. So that’s something we’d like to improve upon.”

She Wants To Improve Her Fielding in The Format For India

The Indian captain said, “The other thing is our fielding, which we have been working on for a really long time. The girls are looking in great form now and giving their hundred percent. Our fielding coaches are really improving that aspect. working hard for it.”

After opening the batting with Smriti Mandhana and Shafali Verma raising the question of where other openers like Sabbhineni Meghana and Yastika Bhatia would play in the batting order, Harmanpreet remarked, “We have three-four openers, who She usually starts with the bat. But when you come to the Indian team, you need to do better whenever you get a chance.

He further said, “The coach and I have spoken to the players that you should be ready to perform whatever opportunity you get. But still, they are ready to bat at any number which you need as a batting unit. as it should.”

Fast bowler all-rounder Pooja Vastrekar has been playing an important role for India. But Harmanpreet is well aware of his history of injuries.

He said, “We are looking at his workload, like how to reduce his load in training sessions. With so many matches, we also know which matches are important and which matches he should rest. We will try to give them rest, as we need them in times to come.