Name of 75 Bus Stands will Be Changed in UP, 75 Buses will Also Get New Identity 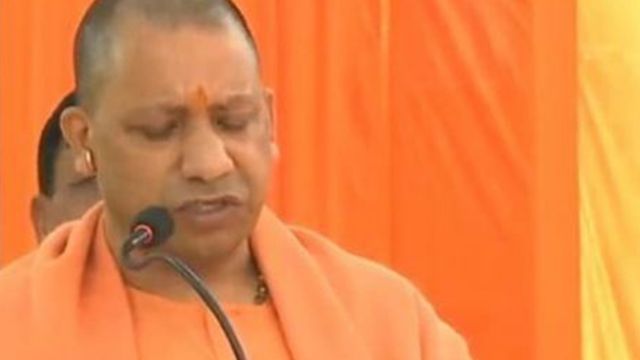 75 bus stands of Uttar Pradesh are going to get a new identity. Preparations are being made to name these bus stands after the freedom fighters.

Chief Minister Yogi Adityanath has given instructions regarding this while reviewing the preparations for the Amrit Mahotsav of Azadi.

Apart from this, 75 buses of the state will also be given a new identity in the name of the freedom fighters. After the instructions of the CM, now preparations have been started by UP Roadways.

During the review meeting, Chief Minister Yogi Adityanath saw a presentation of the preparations being made by various departments regarding the Amrit Mahotsav of Azadi.

The Chief Minister has given instructions to celebrate the 75th Independence Day in a grand manner. He has directed to conduct cleanliness campaign at the places related to freedom fighters, martyr memorials located in each district. Along with this, the police and PAC bands have been asked to play national tunes at the martyr memorials.

The Chief Minister has asked all the public representatives and officers to present the national flag with respect to the families of freedom struggle martyrs of their respective districts, Padma awardees and other national and state awardees.

It was told in the review meeting that this time a target of 4.76 crore tricolor has been set in UP. Apart from this, various cultural programs will also be organized by all the departments.

This time, grand programs are being organized with flag hoisting and public participation for the first time on 15th August in the newly created village secretariats of 58,189 gram panchayats of the state. Apart from this, seminars will be organized by hoisting the tricolor at 7500 Amrit Sarovar of the state.

The Chief Minister has directed to plant 75-75 fruit-bearing plants in all the gram panchayats of the state. Apart from this, 75-75 Palledar will also be honored in each Mandi Committee.

Along with this, AMRUT Mini Marathon will be organized in all the districts, in which 75000 people will participate in the entire state.

The CM said that 75 different professions of the society such as doctors, nurses, traders, farmers, Asha daughters-in-law, advocates, teachers, Swachhagrahi etc. would be dressed up as ‘Hum Sab Ek Hai Prabhat Pheri’.