Not Feeling Much Pressure After Reaching Final Hardik Pandya 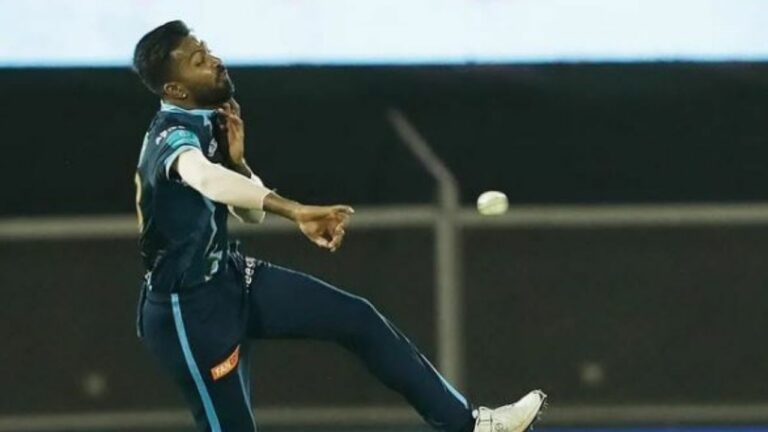 After leading Gujarat Titans to the final of IPL 2022 in his debut season, skipper Hardik Pandya said that he is not feeling much pressure anymore and is trying to stay positive.

Brilliant knocks from David Miller (68 not out off 38 balls) and Hardik (40 not out off 27 balls) propelled Gujarat Titans to the final of IPL 2022 in their first season at the Eden Gardens on Tuesday and take on Rajasthan Royals in Qualifier 1. Won by seven wickets.

Miller and captain Hardik batted sensibly and shared an unbeaten 106-run partnership for the fourth wicket. Both the batsmen took the match till the end and led the innings. Gujarat will now play the final with Qualifier-2 at the Narendra Modi Stadium in Ahmedabad.

According to Hardik, his son, wife and brother have played a big role in letting him stay positive in his life.

The Gujarat captain said after the match, “I have started to balance things in my life. Trying continuously for the last few years. In the end, my family, my son, my wife and my brother also did. Has played a big role. I look forward to going home and spending some time with my family.”

The captain also praised Rashid Khan and David Miller for their significant contributions with ball and bat respectively.

He said, “Rashid has done well throughout the season. At the same time, I am also proud of Miller, the way both the batsmen have executed their innings in the season is really commendable.”

Talking about his batting position, Hardik said that he likes to bat where his team needs runs.

He elaborated and said, “Wherever my team requires me to play, I do play there. I have found success playing for the team.

The batting order we have, we have to make sure that everyone Join in. We also appreciate those batsmen who play 10, 15 and 20 innings.