Ponting Backs Pant Despite Being out of IPL 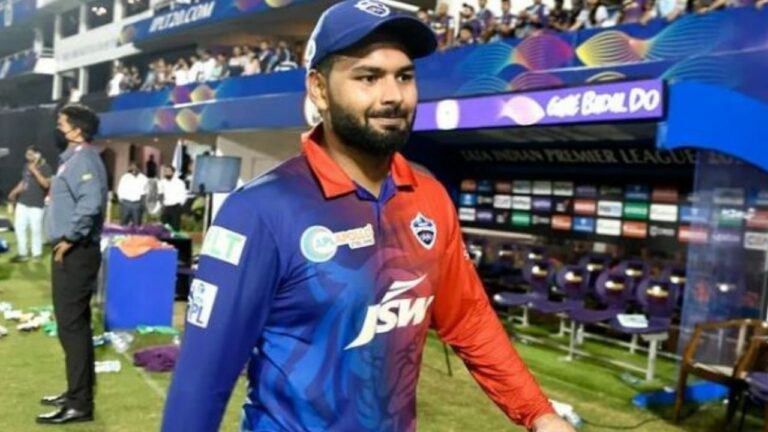 With Delhi Capitals ruled out of IPL 2022 after losing a crucial match to Mumbai Indians at the Wankhede Stadium, head coach Ricky Ponting has said that Rishabh Pant is still the right person to captain the team.

Ponting’s backing came to life after Pant took a catch from Tim David, who was not ruled out and did not take a review.

The batsman then played a decisive role in Mumbai’s five-wicket victory by scoring 34 runs in the next ten balls at a strike rate of 309.09.

Ponting said, “There is absolutely no doubt in my mind that Rishabh’s captaincy is getting spoiled, even last season he was the right choice for captaincy.

When you look at the past, after Shreyas Iyer, Rishabh took over the captaincy and did a great job with the team.

Last season we finished at the top of the table. Unfortunately we lost the last two matches. But look, there is no doubt about him in my mind.”

Ponting further felt that Pant was still learning the qualities of being a better T20 captain.

Footage of Ponting and Pant was shown on TV after losing the match. Asked what he was telling Pant, Ponting revealed that he expressed his disappointment over the mistake Delhi made in the final leg of the match.

Talking about where Delhi went wrong against Mumbai, Ponting refused to attribute his loss to the missed review against David and blamed poor batting.

He said, “It is always difficult to question any one aspect of the match, but our top-order batting was so bad that we lost four wickets under 50 runs. It’s not a good start in a T20 match, especially a T20I. In the big match, that’s what we needed to win.”

He added, “After the loss of this match, I am very sad that the match slipped out of our hands. It was a disappointing loss for us.”