Rahul Gandhi’s Attack on BJP, Said Democracy Has Ended in the Country 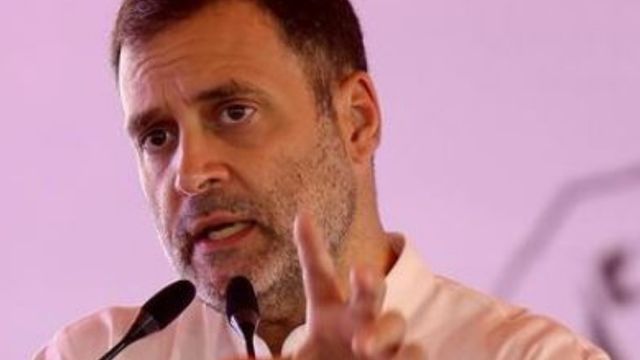 Former Congress President Rahul Gandhi said, the country may not understand this, but it will soon understand, democracy has ended in the country today.

When IANS asked Rahul Gandhi, what is the compulsion that the party has to prove to the public, whether it is the issue of inflation or the national flag?

In response to this question, Rahul Gandhi said, it is not just about the Congress party. In India, if any person or any party, whether related to politics or not, if he speaks anything against the government, then he gets pressured by all the agencies of the country.

The Country May Not Understand This Thing, But It Will Soon Understand, Democracy Has Ended in the Country Today

Along with this, while answering other questions of the media, Rahul attacked the Center and said, Hitler also used to win elections, how did he win? All the institutions of Germany were in his hands, there were paramilitary forces. Hitler had the whole set up, give me the whole set up, then I’ll show you how to win an election.

He further said, what do you think is the death of democracy, what do you feel? What this country built in 70 years was finished in 8 years, there is no democracy in the country, Dictatorship of 4 people is going on. We want to raise the issue of inflation, want to discuss, but we are being detained and are not allowed to discuss in the House also.

All the senior leaders and workers of the party will hold a two-way demonstration in which all the MPs will march towards the Rashtrapati Bhavan as per the first schedule. Before this, the issue will be raised in the Parliament. According to Congress leaders, he will meet the President and explain the situation.

From the other side, a group of Congress general secretary, in-charge and workers will go out to gherao the Prime Minister’s residence. Rahul-Priyanka will also participate in the performance.

Although Section 144 is in force in the area in view of the Congress’s protest, the Delhi Police did not allow it. But the Congress says that it will definitely do programs for these issues related to the people.

Apart from this, the Congress has also announced a program of Raj Bhavan gherao in the states, while it will also demonstrate in the district and block headquarters.

Seeing the protest, Delhi Police arrested Congress leader K.C. Venugopal has been informed that except Jantar Mantar, section 144 is in force in the entire New Delhi area.

Therefore, permission for any kind of protest cannot be given, if section 144 is violated, then legal action will be taken.