The Effect of India’s ‘Har Ghar Tiranga’ Campaign will be Visible Till China, the Flag will be Hoisted in Mana Village 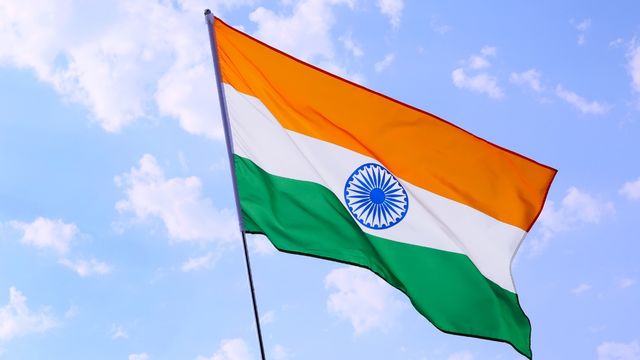 On the occasion of Amrit Mahotsav of Independence, the celebration of ‘Har Ghar Tiranga’ campaign of the Central Government is also being seen in Uttarakhand.

The BJP government of Uttarakhand is going to celebrate this campaign as a very big festival. Under the ‘Har Ghar Tiranga’ campaign, this time the tricolor will be seen waving on the roof of houses in Mana, the last village of India located on the Uttarakhand-China border. Not only this, the flag of India will also be seen waving in Baba Kedar’s Dham at an altitude of 12 thousand feet.

BJP is celebrating this campaign with great enthusiasm in all the districts of Uttarakhand. Meetings are also being held again and again at the Dehradun headquarters regarding the preparations for how to reach the tricolor flag to Kumaon and the last village of India, including the capital Dehradun.

State President of the Bharatiya Janata Party, Mahendra Bhatt has given the responsibility of hoisting the flag to all the party workers in the village located on the Indo-Nepal and Indo-China border. The responsibility of Mana, the last village of India, has been given to the district president of Chamoli, Raghuveer Bisht.

According to Raghuveer Bisht, the organization has made all the preparations to hoist the flag in Mana, the last village of India.

The responsibility of this has been given to the coordinators at the booth level by the district president. Along with this, Jan Jagran and Prabhat Pheri will also be taken out in the last village.

The tricolor will be seen waving on every roof of the very beautiful Mana village situated on the Indo-China border. Not only this, on August 15, big leaders of BJP will also be present in the flag hoisting program in Mana village.

Mana village is a very important village from strategic point of view. This village also does a great job of information system for our Indian Army.

Along with this, on August 15, one will get to see a unique confluence of devotion and national love in the premises of Baba Kedar’s Dham.

Along with this, there is a lot of buzz in the door-to-door tricolor campaign in the main stop of Baba Kedar Dham located in Rudraprayag. Here the campaign to put the tricolor on the roofs of houses has started in full swing.