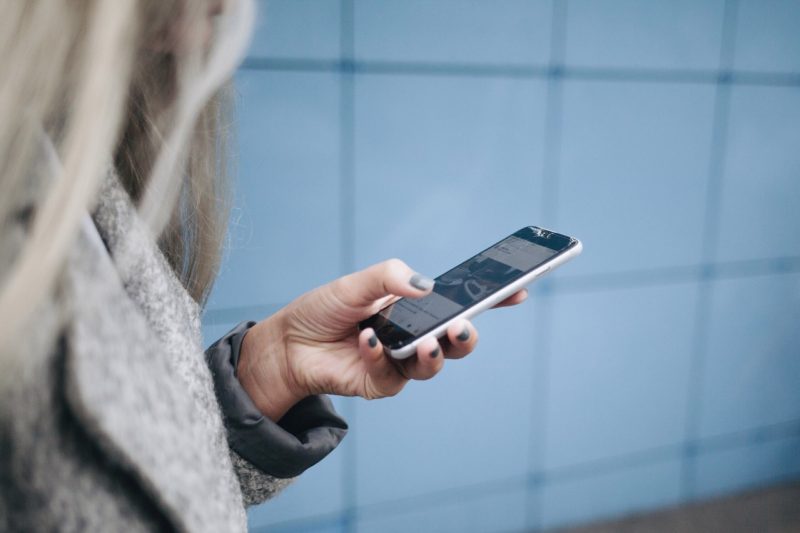 Here are the best phones under 10000 which you want to look for, and the chances are that you will end up with many options and variants too. As technology continues to become more affordable with each passing month like features such as dual and even quad rear cameras, FHD+ Displays and fingerprint sensors have started making their way to mobiles under 10,000 Rs. Segments. Most importantly, they have an increase in battery size which means that users do not have to charge their phones frequently. Which one should you buy, though? We have sifted through the latest mobile phone under 10K and curated a comprehensive list of the best smartphones under 10,000 Rs. These all are new smartphones between 5,000 and 10,000 and will give you one of the best of all worlds, for smartphones within this price segments.

The new arrival from Redmi is Redmi Note 8 is best in all budgeted Smartphone. It runs on the Snapdragon 665 SoC, a popular mid-range SoC that’s good for most of the usual tasks. The glass body with Gorilla Glass 5 on both sides, ensuring higher durability among glass-body smartphones in this range. Besides, there are four cameras at the back arranged vertically, which includes a 48MP Sony sensor along with an 8MegaPixle ultrawide camera, a 2MP macro lens and another 2MP depth sensor.

This Smartphone offers the Note 8 in two variants 4GB and 6GB RAM respectively with storage variants starting from 32GB up to 128GB. There is a 6.3inch IPS LCD panel with FHD+ resolution with a waterdrop notch housing a 13 Megapixel selfie camera. Like all Xiaomi phones, the Redmi Note 8 runs on MIUI that offers a stream of features that are very useful and easy to use. The best Smartphone in the range of Rs 5000 to Rs 10000 is Redmi Note 8, which you can buy right now.

The new Realme 5s builds upon the success of the Realme 5 and adds the missing 48MegaPixel camera to the mix, making it a compelling option in under 10,000 segments. The Smartphone completes the spec-sheet and makes it highly competitive in this price bracket. The performance of the phone and other essential features remain the same, with a Snapdragon 665, storage up to  128GB and 6GB RAM. However, there are few more variants under 10,000 comes with 3GB or 4GB RAM and up to 64GB storage. But most importantly, thanks to the large sensor, its camera performance got a big boost.

As a result, you can now take high-resolution photos along with detailed binned images. This Smartphone runs on ColorOS 6 based on Android 9 Pie with a promised upgrade to Android 10 based ColorOS 7. The UI offers good, nifty and useful features with customisation options. Realme 5s also comes with more storage, 64GB to be precise in the base variant, which is making it one of the best mobiles to buy under Rs 10K.

One of the budgeted smartphones from Vivo family is quite right Vivo U20. U20 brings a bright 6.53inch IPS LCD panel with FHD+ resolution and Widevine L1 certification, which ensures all video streaming apps can stream content at HD resolution. Moreover, this Vivo U20 smartphone runs on the Snapdragon 675 SoC known for one of the best phones with better gaming performance among other mid-range mobile phones. Specifically, there’s also a dedicated gaming mode in the phone that improve the performance and frees up resources. The best part is to keeps you free from distractions and fall in under Rs 10,000 segment. That’s a one of the best deal any way you cut it. Vivo U20 has also thrown a triple-camera setup into the mix with a 16MegaPixle primary camera, an 8MegaPixle ultrawide camera and a 2MegaPixle depth sensor. On the front, the display has a U-shaped cutout housing a 16MegaPixle selfie camera. This Vivo also comes with a 5,000mAh battery and 18W fast charging. Under 10k, you get two variants with 4GB RAM and 64GB storage, which is good enough for most users. The runs on Vivo’s FunTouch operating system that’s good enough for most of the users. Go for this Vivo U20 if you are looking out for best economical gaming chipset with long battery life.

Here is the Samsun Galaxy M30 packs a big 5000mAh battery with 15W fast charging support. This Smartphone is one of the best mid-rangers Samsung has made with exciting features, which includes a 6.4inch Super AMOLED display which is perfect for consuming content on the go and even while gaming. This Galaxy smartphone runs on the Exynos 7904, however, may not be the best at gaming but good enough for most tasks like clicking photos, browsing social media, sending emails and the likes. The Samsung Galaxy M30 is a good option if you are looking for a smartphone with long battery life under Rs 10K. The Samsung Galaxy M30 runs on OneUI based on Android 9 with the update to Android 10 right around the corner. This Galaxy M30 comes with a triple camera setup at the back with a 13MegaPixel primary camera, a 5MegaPixel ultrawide camera, a 5MegaPixel depth sensor and On the front, you will get a 16MegaPixel selfie camera.

One of the heavy use phone sporting a macro camera, Motorola One Macro packs a 4000mAh battery that will last for one day and a half. Moto One phone is powered by the MediaTek Helio P70, which is good enough for the usual tasks of browsing, clicking pictures or videos and sending emails, but doesn’t so good at gaming options. As a result, the Motorola One Macro is good enough for the regular users who are not into heavy gaming but also comes with an almost stock Android-like experience. Despite not being an Android One phone, Motorola has promised to push two years of Android updates for this variant. With impressive battery life, no bloatware and a noteworthy macro-camera make it, one of the best smartphone ones can buy under Rs 10k.

The Xiaomi’s Redmi 8 is a durable entry-level smartphone and one of the few products with Gorilla Glass 5 protection. Redmi8 sports a 6.22inch HD+ display screen with a dot notch in the middle. The Snapdragon 439 SoC powers this Redmi 8 smartphone along with 64GB storage and 4GB RAM. Wherein at the back is a dual-camera setup with a 12 megapixel Sony IMX363 sensor and a depth sensor for superb portrait shots and on the front side another 8MegaPixle sensor. This Redmi 8 smartphone also comes with a 5,000mAh battery with 18W fast charging support.

Realme 5i is the most affordable with packed featured smart of under 10K. This  Smartphone rocks a massive 5,000mAh battery with a 10W charger. The Snapdragon 665 under the hood powers the phone with a peak clock speed of 2.0GHz achieved using Kryo 260 cores for highest its performance. There is an Adreno 610 GPU too, which is pretty good at running games. Realme 5i smartphone sports a 6.52inch IPS LCD panel with a waterdrop notch that houses a 13-megapixel selfie shooter, while the plastic rear panel houses a quad-camera setup which includes a 12-megapixel primary shooter, an 8-megapixel ultrawide camera, a 2-megapixel macro lens and another 2-megapixel depth sensor. So, while this may not boast a high-resolution camera, it does offer a lot of flexibility when it comes to shooting videos and clicking photos. You can pick up the smartphone with varients like 3GB RAM or 4GB RAM with 32GB and 64GB storage respectively. For one of the best experience, however, we would recommend you get the 4GB RAM variant with 64GB storage.

The Realme C3 option is a budget offering from Realme that doesn’t feel like a budgeted smartphone at all. The Realme C3 smartphone powered by the MediaTek Helio G70 SoC, and well known for its gaming prowess while a 6.5-inch HD+ display lets you stream content in decent quality. This phone comes in 2GB, 3GB and 4GB RAM variants and for the best experience, we suggest you go for and its second variants like 4GB RAM which come with storage of 64GB. There’s also a back dual-camera setup, and that deliver portrait shots, night mode and many more. Topping it up is a super triple card slot with a 5,000mAh battery with 10W charging.

The Vivo U10 is quite mighty for the price under 10K. This Smartphone runs on the capable of Snapdragon 665 SoC that was initially made for mid-range chipsets but now seems to be a favourite of budget and entry-level smartphones. The 665 SoC in itself gives a significant boost in performance and thanks to fast 2.0GHz performance cores with an Adreno 610 GPU. Vivo phone also comes with a 6.35 inch IPS LCD panel, and a massive 5000mAh battery helps keep the lights on ever. One of the good thing about this phone is, the enormous 5000mAh battery also tops up quite fast and thanks to an 18W fast charger in the box. Here Vivo has a triple camera setup at the back, which includes a 13-megapixel primary, 8-megapixel ultrawide camera and a 2-megapixel depth sensor. The VivoU10 phone also rocks an 8-megapixel selfie shooter on the front.

The RealMe Narzo 10A is a new addition to the Realme lineup of smartphones under Rs 10K. The smartphone lives up to its promise and at least as far as gaming performance is concerned. The RealMe Narzo 10A managed to deliver a stable 30FPS gameplay on PUB G Mobile and even hit 60 FPS on Call of duty Mobile at lower graphics. However, outside of gaming, this phone 10A may feel a little slow as compared to other chipsets like the Realme C3. But more importantly, it does look good with a design similar to the Realme X Master Edition. 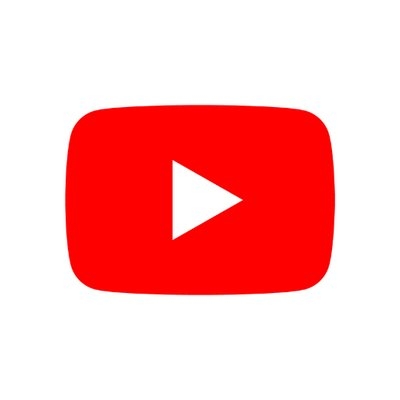 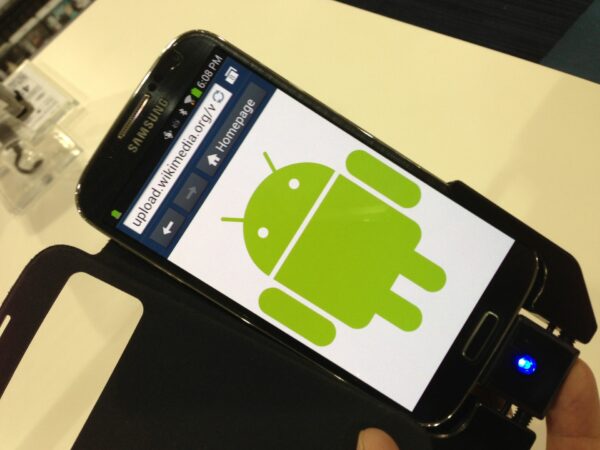 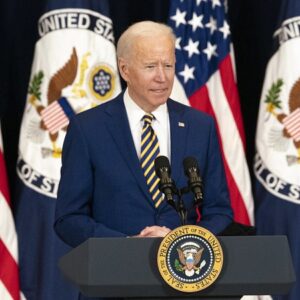 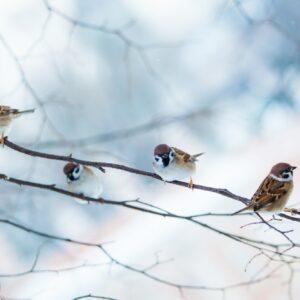 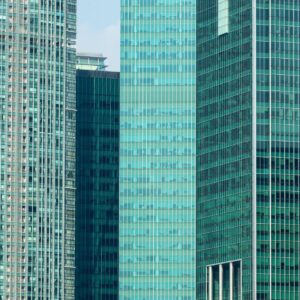