Was Nervous While Defending Runs Against Lucknow Harshal Patel 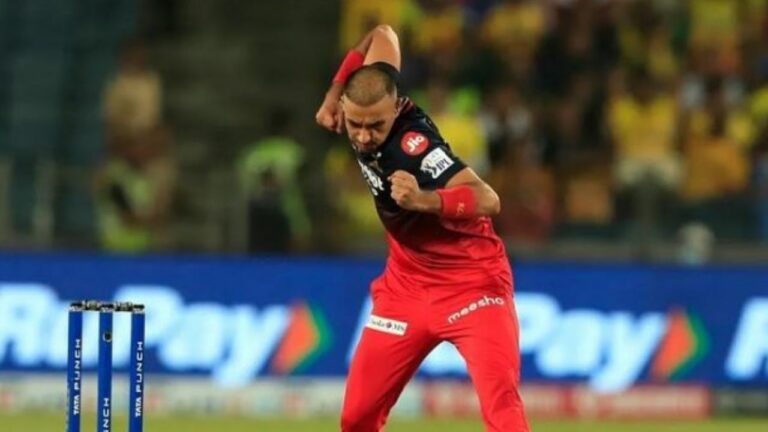 Harshal Patel was tasked to defend 208 runs in the Eliminator match of IPL 2022 between Lucknow Super Giants and Royal Challengers Bangalore at the Eden Gardens on Wednesday.

When Lucknow needed 41 runs in the last three overs, Harshal was given the bowling. He soon turned 35 off 18 balls as Patel bowled a wide that went over the boundary, giving Lucknow five runs.

Such a start got the Bangalore fans thinking. But he made a brilliant comeback and got Marcus Stoinis caught at deep cover.

Patel conceded only two more runs in his last three balls, after which Lucknow had to score 33 runs in the last 12 balls, eventually losing the match by 14 runs. After the match, Patel admitted to being nervous and explained how he had to change his plans in an instant.

“Obviously I was nervous, no doubt about it. If you’re defending 35 off 18 balls, you’re going to panic. But when I conceded six runs without bowling a ball, I gave me a run,” he said. It turned out that the wide yorker wouldn’t work. So I wanted to go back to the plans I had in the first two overs.”

He added, “Luckily, I got Stoinis out on the boundary and then Josh Hazlewood sent KL KL Rahul to the pavilion as well, which completely changed the match.”

Patel took 19 wickets in the tournament and said how seeing Lucknow’s bowling made him bowl good lines and lengths to bowl in the second innings.

“There wasn’t much dew, but when it rained and the cover was removed, the moisture underneath came to the surface, making the outfield a bit wet,” said Harshal.

In the eliminator, Patel took one wicket for 25 runs in four overs, bowling brilliantly despite suffering an injury.

“I didn’t have to make any changes to my bowling as the injury had healed quite well. So I was able to bowl my slower deliveries and do whatever I wanted to bowl,” he said.

With Bangalore facing Rajasthan Royals in Qualifier 2 for a place in the final, Patel said he is always ready to bowl in tough conditions for his team in the tournament.

He said, “I have been doing it for Haryana (domestic cricket). I want to do it at the highest level and I prepare myself for those conditions. I am ready to face every challenge for the team. I’m ready.”